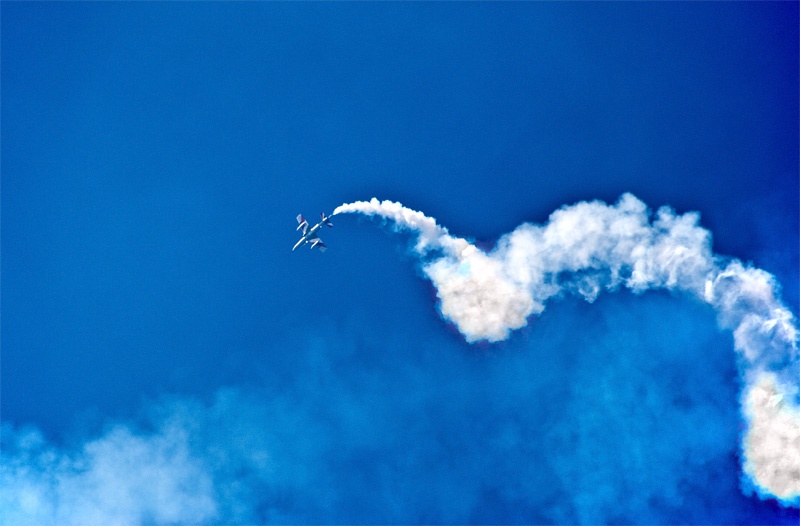 The Lomçovak (end-over-end tumble) aerobatic maneuver perfomed by the Frecce Tricolori (the Italian military aerobatic team) soloist plane during the  100th anniversary Cameri airport show. The blue of the sky and the spinning shape of the white smoking trail had a good chromatic contrast.

This picture was signalled as “noteworthy” in the Photo Friday challenge of March 17,2011. Thanks to all the viewers!